Last Monday saw John and I take a cheeky afternoon off work and go over to Bowood for afternoon tea.  I’d been given a voucher for my birthday back in March and we hadn’t managed to get there over the summer months as originally planned but after a particularly stressful Monday morning trying to get an x-ray on my knee we decided we definitely needed a treat and unwind!!

Bowood house and gardens is open usually between the Easter half term and the October half term.  I have great memories of spending time here as a child in the amazing adventure playground with the death slide and then in more recent years, taking Olivia with us for picnics, walks and the playground (although she’ll say she’s too big for it now but I know she’d love one last go on the slide really!!)

In 2009, they introduced the Boutique Hotel which I was lucky enough to visit on their opening week as I was booking hotel rooms / conference rooms for visitors in my old job.

On arrival, we were shown into the library where afternoon tea was served in the library which had a roaring fire as the weather was SO cold on Monday (definitely winter now!) 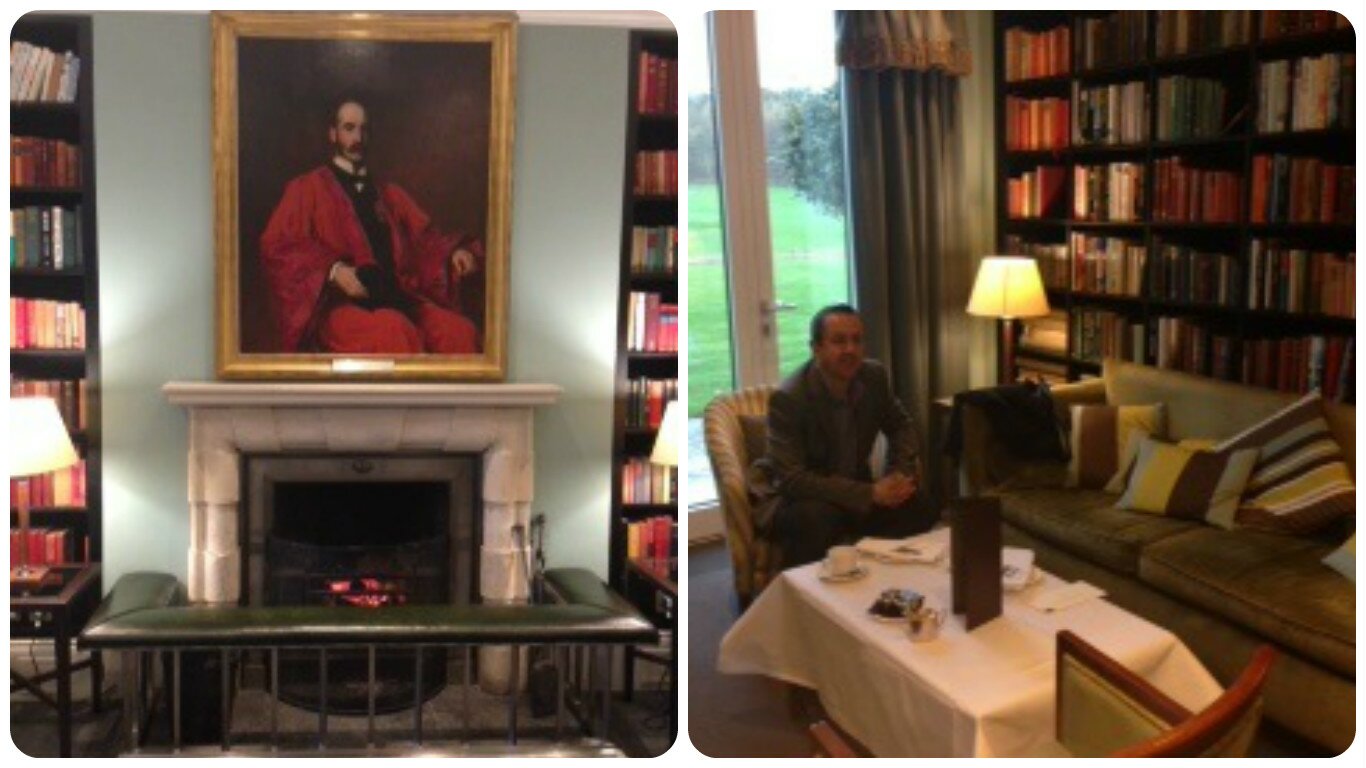 After perusing the tea menu, I went for the traditional English Breakfast and John had the Lemon and Ginger infusion.  We also opted for a glass of Taittinger champagne as a naughty treat.

We didn’t wait too long for the magical 3 tiered platter to arrive.  We started off with the dainty little sandwiches containing salmon and cream cheese, egg & cress and Wiltshire ham & mustard.  There were huge scones (one plain and one fruit EACH!) although it looked as though someone had dropped the icing sugar on them as there were completely white rather than a dusting!  Disappointingly, my fruit scone was a little stale.  Finally, the top tier held 7 little bite size cakes which included banana cake, flapjack, lemon tart, a chocolate and pistachio torte, carrot cake, a brownie and a shortbread biscuit topped with coffee cream and a walnut. 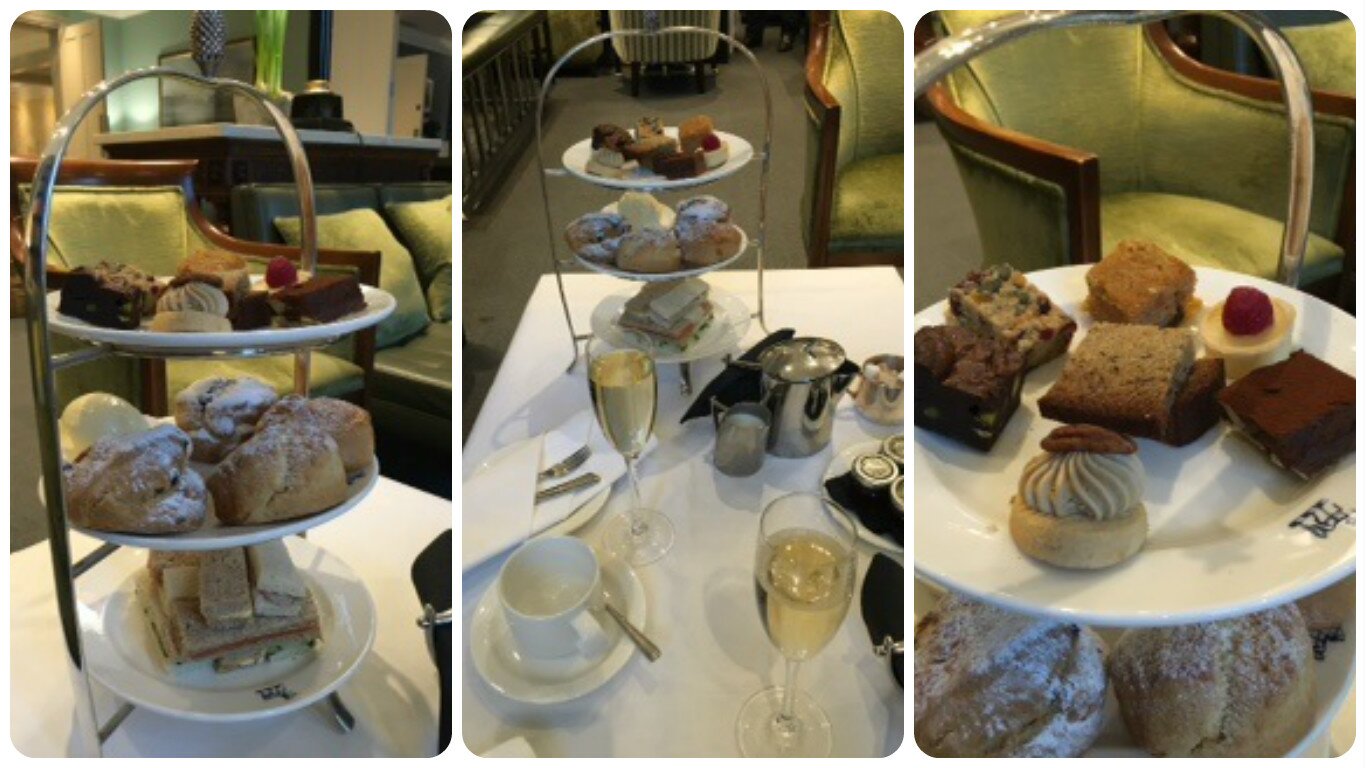 Everything was absolutely delicious and we were positively stuffed at the end.  My pot of tea was replenished half way through which was included in the price (anyone who knows me, knows that I can drink tea like it’s going out of fashion!)  We didn’t feel rushed and were made to feel at home.  As we looked out of the window, we saw a herd of deer grazing on the golf course – they were just a little bit too far away to take any photos. 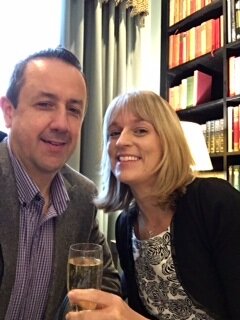 All in all, it was a really relaxing, Monday afternoon treat for us – the joys of working for yourself!!  Next time we’d really like to try the spa…

You can get Afternoon Tea for £17.50pp which I think is really reasonable and would make a great Christmas present for someone!