Santorini – the island of Instagramable buildings, beautiful sunsets and fantastic memories. It’s one place I can’t get out of my head which is why I thought I’d take part in the Travel Link Up as hosted by  Adventures of a London Kiwi, SilverSpoon London, Follow Your Sunshine and The Travels of Mrs B.

We travelled to Santorini back in September 2010 and it was our first holiday together.  I remember the flight being delayed, then boarding the plane and an hour later getting back off the plane. This meant we didn’t get to our hotel until gone midnight and everyone was just frazzled.

We stayed at the Kastelli Resort in Kamari and it was in the Small Hotels of the World group. Our room was typically Greek with antique furniture and crisp white painted walls. There was also an incredible spa at the hotel where the treatment room had its own Jacuzzi – we had massages one evening and it included a bottle of fizz…I remember feeling slightly giddy!!

There’s a couple of memories I have from this holiday. One is hiring a car for a couple of days so we could go and explore the island. In true tourist fashion we got a little lost and pulled over at a restaurant at the top of a mountain. We didn’t expect to see the fantastic 360 degree view of the whole island.

We also went to Oia for the sunset one evening. As it was early on in our ‘stepping out days’ (as my Nan called it) we were taking it in turns to pay for dinner each night. Oia was my night and we went to a restaurant where you could see the sunset. However because of this, it was INCREDIBLY expensive…and at the time I wasn’t exactly flush with money but never told JB until a few years later!!!

JB has also reminded me about the group of older folk that were also staying at the hotel that took us under their wing for the week. They told us at breakfast every morning which restaurant they had been to the night before and if it was worth it!

We were only staying there a week but it felt so much longer.  We were incredibly relaxed, had no set agenda and just lounged by the pool most of the week.  It’s been a while since we had a holiday like this one to be honest!! 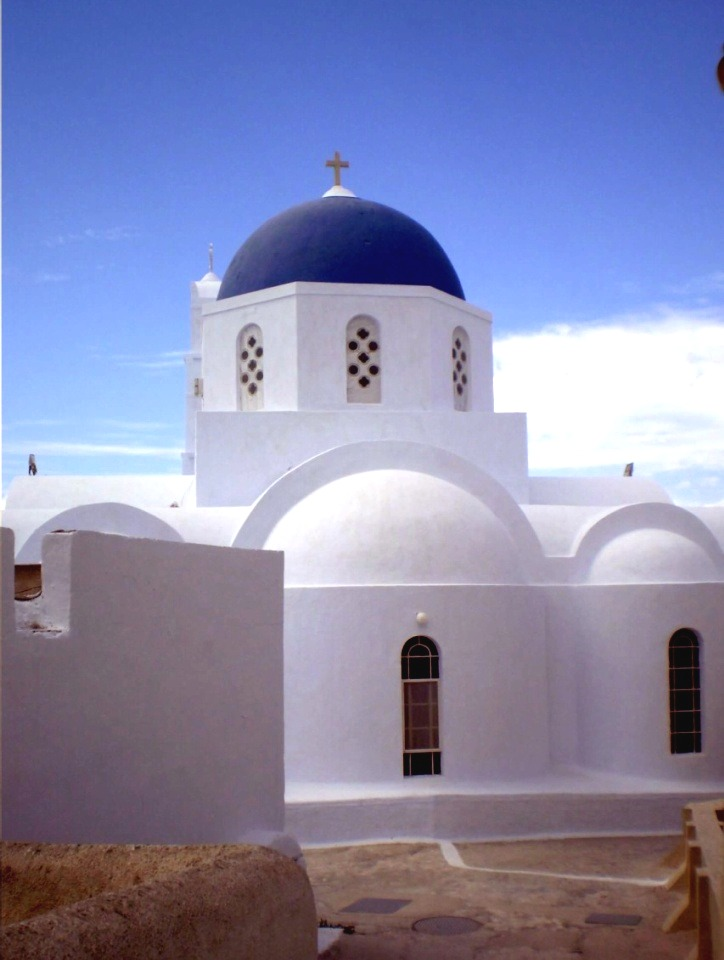 As you can tell, photographers we were not back in 2010 so these are the best of the bunch!

Where have you travelled to that you would love to go back to?!