Sunday 11 June 2018 was the 12th Open Farm Day.  A concept managed by LEAF (Linking Environment And Farming), it allows farmers to open their gates to the public allowing them to discover farm life.  New Macdonalds Farm near Bath opened it’s doors for the first time this year so we popped along to learn more.

We were greeted at the farm with chickens doted around having escaped their sheds which isn’t an uncommon sight.  The farm was well laid out with a parking area, shoe dipping area and then in the barn there were plenty of egg sandwiches (naturally made using their own produce!), lots of delicious cakes all washed down with tea, coffee and juice.

We’ve known Matt & Lou for a few years now through the BathIndieChat initiative so our paths have crossed at various events.  We’ve bought some of their beef and plenty of their quattro coloured eggs over the years.  First generation farmers, Matt & Lou are passionate about providing the best quality produce from happy animals.  Starting their farming life helping out on a friends dairy farm, the opportunity for some land became available, they acquired some sheep and cows and started their journey.

It was Lou’s idea to develop quattro coloured eggs despite being told it would probably never work as it was something completely different. There are always a minimum of four colours guaranteed in each box including the palest blue, creamy white and chocolate.  The quattro eggs are known for their rich taste and, of course, the beautiful coloured shells which is like nothing you’ll find in a supermarket! Quattro eggs are supplied to many other local businesses including cafes and restaurants in the Bath area.

There’s big plans afoot for the farm – Matt is in the process of building a shed for 1000 more hens.  The shed itself can house 1400 but by going for a smaller number, it makes for happier birds.  At the moment, the new shed is still just a shell but Matt assures us that it will be ready for the ladies arrival in October.  The chickens are fed on the highest quality feed and even the water is controlled.  Water in the Bath area is particularly hard so at the moment the farmers are hand treating it so that it gets to the ideal PH for the animals.  There is a plan to get automated water treatment in place. 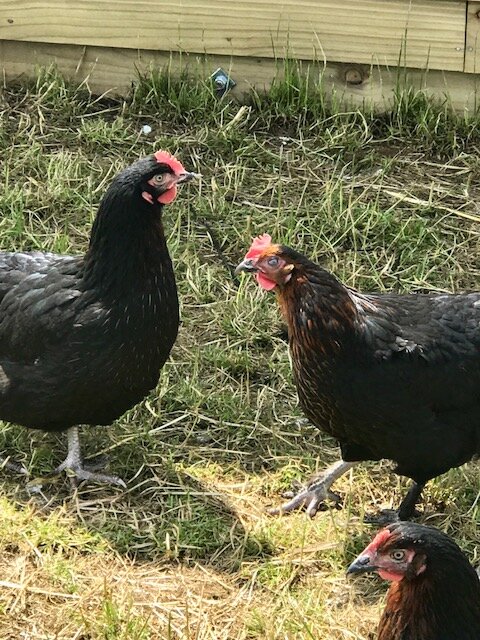 We learnt so much and there was a lot of food for thought in the car on the way home.  If everyone did something small like buying our eggs from local farms, we’d help the farming community in their ongoing struggle against the supermarkets.

A brilliant afternoon with Matt, Lou and the chickens!