It was only at Christmas that I discovered Henny & Joes Chai.  I’m not a coffee lover but this chai syrup made up simply with milk and water really is a true hug in a mug.  I recently met up with Ash, one of the founders of Henny & Joes Chai and found out about where this love of chai came from:

When did it start?!

The idea came about 3.5 years ago, around Christmas 2012.  I was working at a local coffee house and Chai Lattes were the new ‘in thing’ to order.   At the time, it was made by creating a paste using chai powder which is quite time consuming to be honest.  There’s around 20 – 25 teaspoons of sugar in a chai latte so I wanted to find a way of making something healthier and quicker.

I’m not sure any of this would have been possible without the help of Henry in Chandos as he allowed me to use the kitchen there in the evenings to develop the recipe.    I was able to test the formula on passing customers and get their feedback – what I didn’t tell them was that it was my own recipe as I wanted their real feedback.  It took about a year to come up with the final flavour.

We’re very conscious about the environment and wanted to instil being an eco friendly company right from the beginning of the business – glass bottles are collected back from cafes that use the product and recycled.  Once I’ve brewed the spices, I can’t reuse them however they’ve still got a lot of life left in them so I’m in discussions with some other local indie companies to see how they can take the spices and give them a new lease of life.  Our packaging is all recycled and any boxes that we get in we try to reuse when distributing. 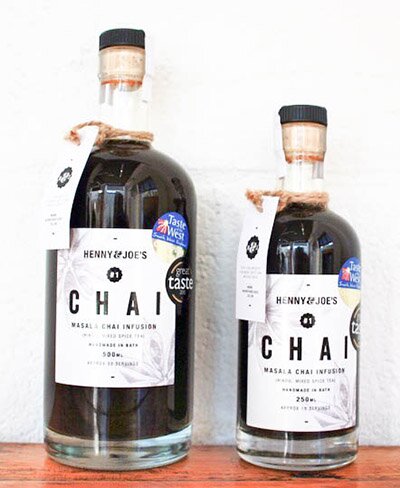 What’s been your biggest challenge?!

The biggest challenge that we’ve faced so far has been finding premises close to home.  It took us a good 18 months to find somewhere and eventually somewhere came up that was right under our noses.

There’s only 2 of us in the business and we’re constantly fire fighting however we’ve managed to find an employee who really understands the business and the concept and she’s recently come on board.

What’s the best thing about what you do?!

There’s been a couple of big shocks for us – we’ve won the Gold Award in the Taste of the West awards 3 years in a row now; twice with our original chai and once with our chocolate chai.  The first time we won, we’d only started brewing in the October and we won the following March. This year we’re sponsoring one of the awards, rather than entering the awards – we’re after the best tea room /café.

The second shock was when we found out that James Martin wanted to feature us on his Comfort Food programme.  Our syrup was being used in a café close to the BBC studios and word had got to James that there was a local business that should be on the show.  They came to the house and filmed over a period of a few days.  We’d forgotten exactly when it was going to be aired and it happened to fall when we were going away to Padstow for a few days.  Suddenly, our phones were going crazy with orders and the day the show aired we took over 400 orders.  Unfortunately, Lottie was due to be on jury service so when we got back it was me that had to get everything out the door!!  What we also didn’t realise is that the show was repeated over the weekend.  In the space of a week we had 1000 orders for our chai!

The best thing about what we do is that we are able to pick and choose when we work which is great when you have little people in your life!  It’s given us a lifestyle where we get to spend quality time with the boys and can work when they are at school or in bed in the evenings.    It’s also been nice getting to know other companies and there’s a big wonderful community out there!

Ash was kind enough to give me a bottle of the chocolate chai and I created some delicious chocolate chip cookies with it!  I used a simple cookie recipe but rather than vanilla essence I added 1.5 tablespoons of the syrup – delicious!! 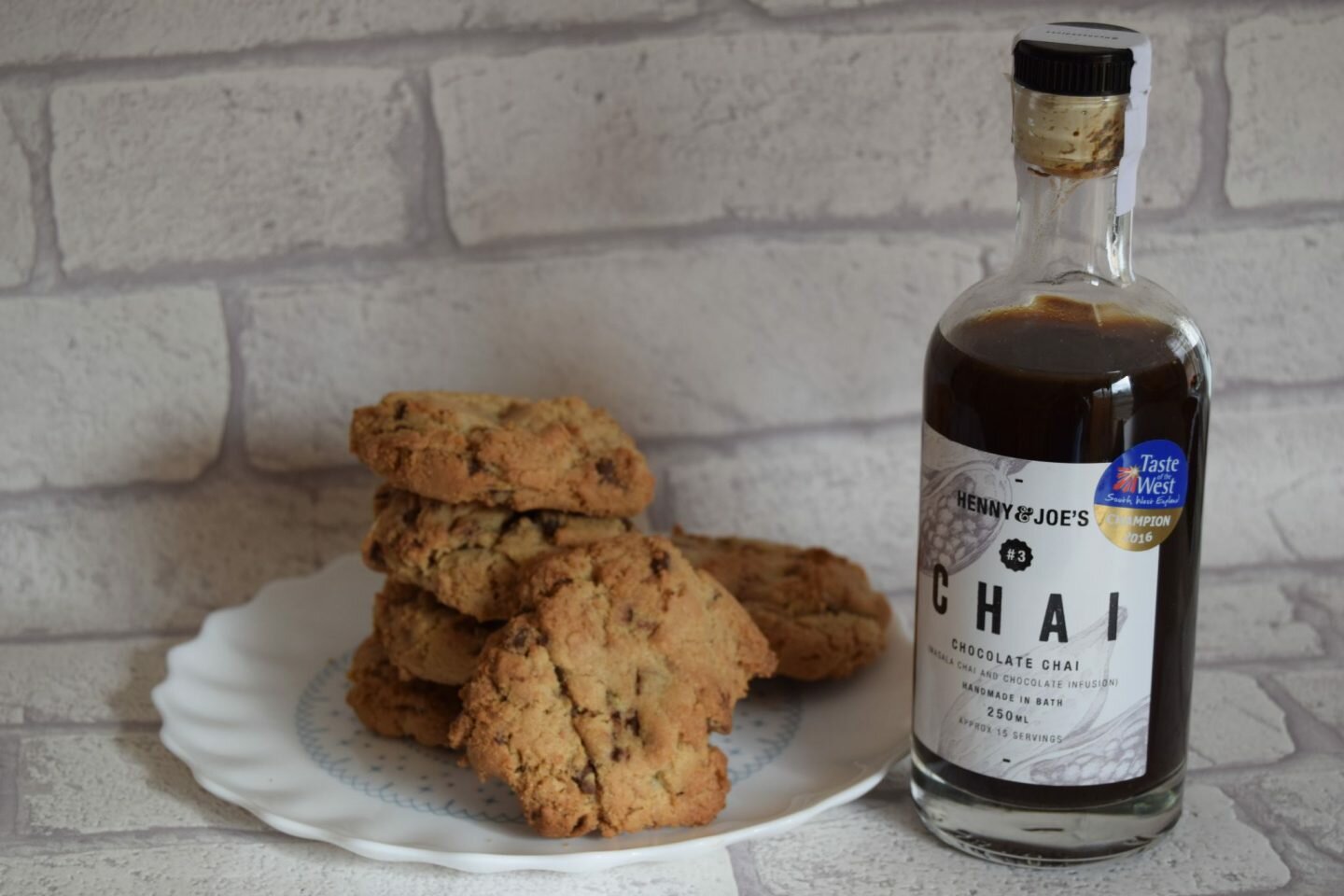 Henny & Joes is avaliable from lots of different outlets both in Bath and nationwide – check out this super clever interactive map to find out where you can grab a bottle…or 2! (You can also order online!)