This week (27 May – 2 June) is English Wine Week and what better way to celebrate than talking to Dominic from Maud Heath Vineyard, based just up the road from me in Bremhill, Calne.

Firstly, I must have driven past the farm house a million times over the years, never realising that nestled behind the trees was 6 acres containing 9,000 hand planted vines.

The statue of Maud Heath stands just over the brow of the hill where the vineyard is based.

Little bit of history – Maud Heath was a widow, who provided a gift in 1474 to a trust which oversaw the construction of the causeway, allowing people dry passage from Wick Hill to Chippenham.

Dominic likes to think that Maud is looking over his vineyard, keeping the frost away with an ever increasing climate, (it was definitely hotter at the top of the vineyard than at the bottom!!)

The Vineyard overlooking the Wiltshire countryside

It’s clear to see that Dominic is extremely passionate about his wine, finds it very rewarding and is humbled by what Maud Heath Vineyard has achieved so far.

What’s more, Matthew Jukes, the acclaimed wine writer wrote about their 2014 Tytherton Red and I quote; “Made from 86% Pinot Noir and 14% Rondo and seeing three months in French Oak barrels, this is the finest English red wine in the country.  Weighing in at only 12.5 per cent alcohol, it is not going to tire you out either.

“Showing real talent and with a flavour to turn heads, this is a genuine red alert for our home grown wine industry! ”

Dominic has a background in wine, and decided in 2006 to take a risk by planting the first vines on his parents own the farm.  The first harvest in 2009 however did not go quite according to plan – the local badgers, deer and birds decided that they were going to eat the grapes first!  This resulted in Dominic living in a tent in the middle of the vineyard, and driving his quad bike round in the early hours to deter any unwanted visitors.

Fruit just starting to come through

Potential wine as far as the eye can see!

Harvest takes place throughout October each year and Dominic likes to include the local community where he can by asking for volunteers to come and help – for your days work you’ll be treated to a BBQ overlooking the beautiful Wiltshire countryside plus a bottle of wine.

Popularity of English wines has sawed over the last 10 years, particularly sparkling wines.  There will be a rose sparkling wine launching from Maud Heath in July 2017 which I cannot wait to try!

The demand for English still wines is also increasing – the first batch of Bramble Hill Rose sold out in 6-7 weeks! 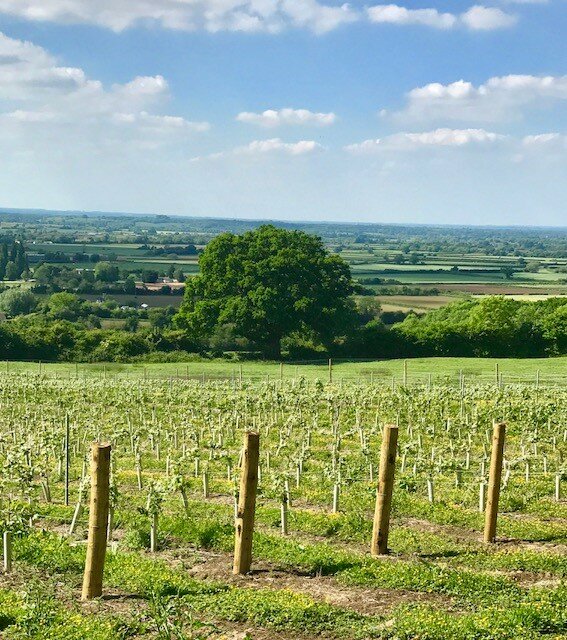 The New Wine Shop in Calne was the first place to stock the wine.  The owner, David Hitchens has been a great ambassador for support.

Maud Heath wine can be bought from Allington Farm Shop and Whitehall Garden Centre both in Chippenham and New Wine Shop in Calne.  It can also be sourced from a handful of Waitrose and M&S stores in Wiltshire and of course, you can be buy online from these outlets. 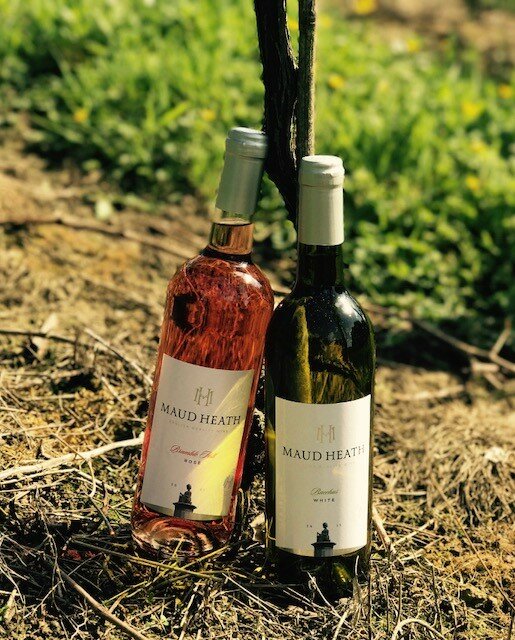 There is also an opportunity for you and up to 25 friends to do a bespoke vineyard tour.  This includes sampling some of the wines, some nibbles with a bit of learning thrown in!  Keep up with Maud Heath Vineyard on Facebook.

We’ve tried both the Rose and the Bacchaus and confirm they are both absolutely delicious!!  Just need to get my hands on that new sparkling wine before it sells out!!!

*This post was written in collaboration with Maud Heath Vineyard