Our lovely neighbours gave us a voucher at Christmas for Afternoon Tea at the Celtic Manor in Newport.  It’s about an hour’s drive from us so we decided to take a mid week day off and head over to Wales for a break from work and a tasty treat.

I’d never been to the Celtic Manor but have driven past the iconic building set back in the mountains as you beetle along the M4 heading towards Cardiff.  It’s best known for it’s golf courses and has hosted the Ryder Cup.

We arrived a little earlier than our 2.30pm reservation so decided to have a drink in the bar first.  It was a really relaxed atmosphere despite there being a pharmaceutical conference taking place.  The lobby was full of delegates just breaking for lunch.  We found a quite table and ordered some drinks… 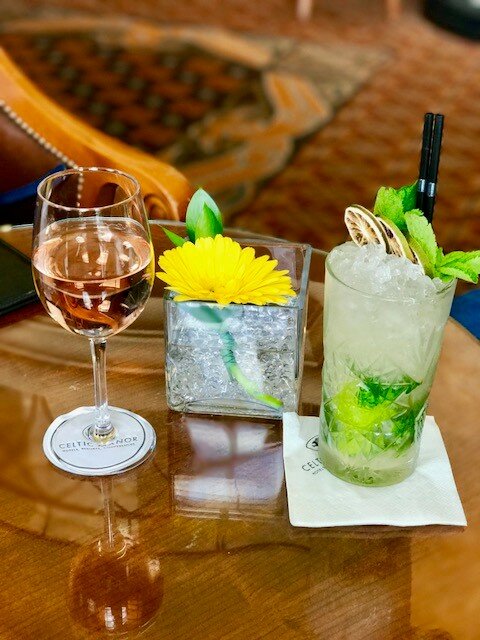 Our tummies were really rumbling ahead of our reservation so we asked if we could eat a little earlier.  Of course, this wasn’t a problem.  We were shown into the Olive Tree Garden Room and asked to pick our poison…!  JB went for a peppermint infusion and I played it safe with an English Breakfast tea. 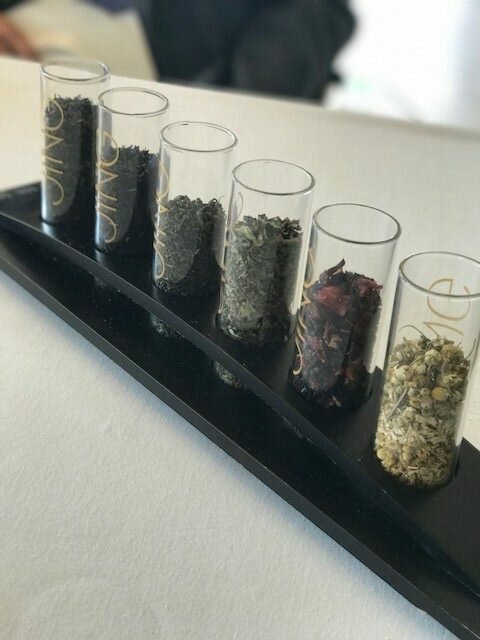 Usually I’d expect one cake stand to come out with sandwiches on the bottom, scones with cream and jam and then cakes on the top.  Not here – firstly we were presented with our savoury course.  This included goats cheese and pesto mousse, smoked salmon & caviar blini, roasted ham & mustard sandwich.  Not to mention a chicken tortilla with garlic mayo, cheese and spiced carrot relish sandwich (which was odd…).  Plus many other goodies to mention. 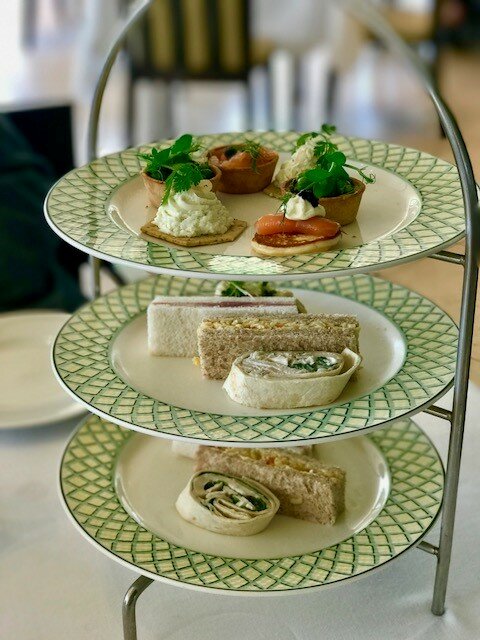 After we’d devoured these tiers, we had a small break whilst the sweet tier was being prepared.  The top two tiers had the same treats on and the bottom held the small (& still warm) scones with lashings of clotted cream and oodles of jam.  The treats in this round included a Jammie Dodger, summer pudding, raspberry and chocolate cannelloni and a strawberry mousse which was probably my favourite as it was incredibly light. 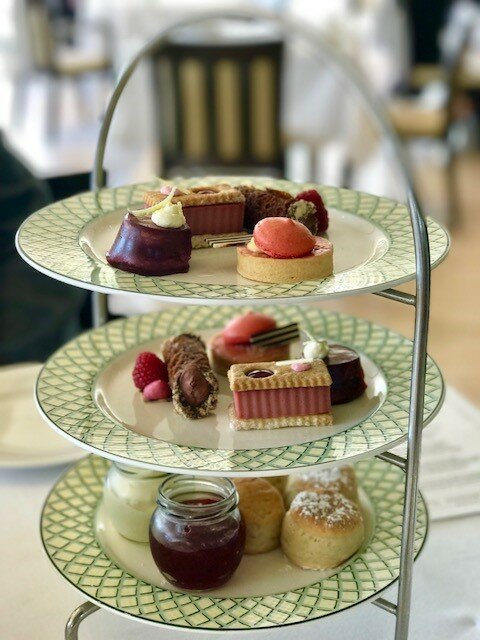 This was a summer afternoon tea however I’m told that they change the menu to match the seasons.  It’s a completely relaxed atmosphere and not too ‘posh’ where you feel uncomfortable for making any noise or laughing too loudly.  It’s a great deal – it’s £21 per person Monday to Friday or £29.50 per person at the weekend.  Dare I say it, but it would be great for as a Christmas present for someone.

Rumour has it that the spa at the Celtic Manor is a fabulous treat as well so we’ll be thinking about heading there some time in the future although Radiance Wellbeing in Bath remains a firm favourite of ours!! 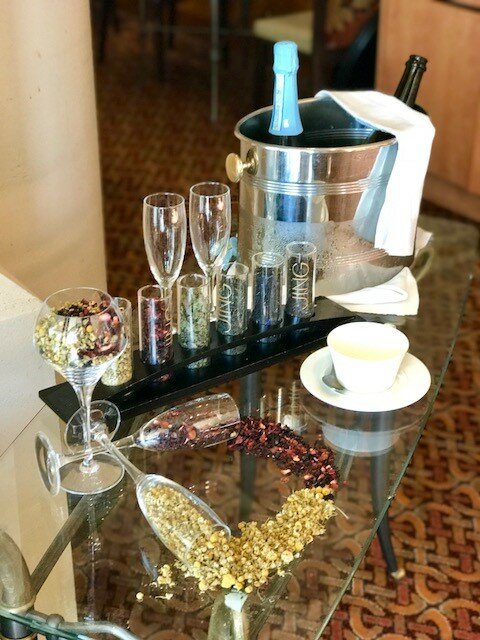