Who doesn’t love a cupcake or two?  I’d heard LOTS of people rave about DidiCakes in Bath but was ashamed to say I’d never been.  That was until I had a ‘very important meeting’ with Sal from Sal’s Kitchen and she suggested we met there.

DidiCakes is a family run business by Daniella & John and their daughter Alex who together they have 20 years experience. 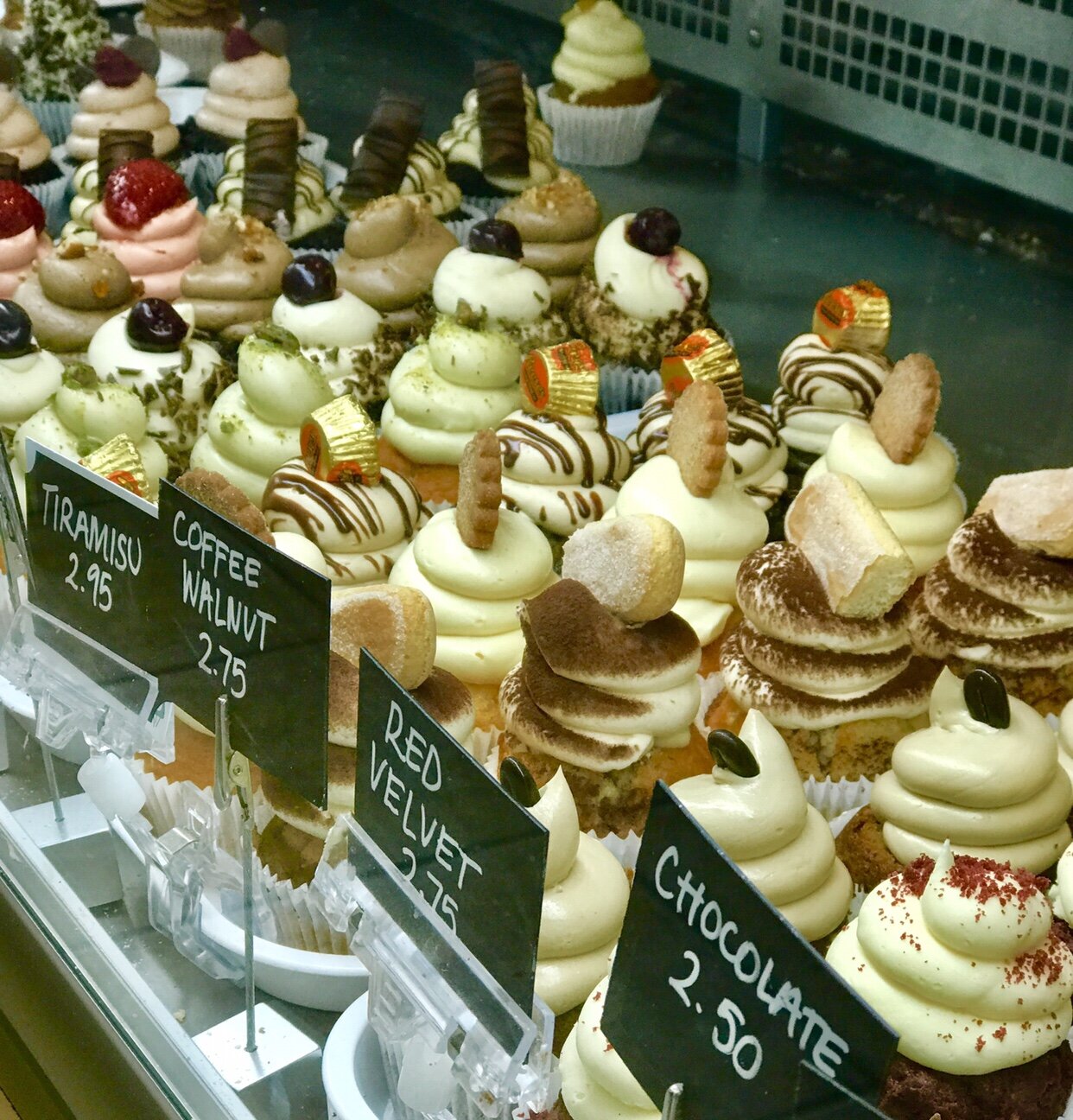 Despite there not being a vast number of tables to sit at, this is made up for by the vast number of cupcakes available.  You name the flavour, it’s probably there. Strawberries & Cream, Black Forest, classic Red Velvet, Salted Caramel, Death by Chocolate…need I continue?!  I dithered and agonised over what to choose FOREVER despite being there 5 minutes before Sal.  In the end I opted for a Kinder Bueno cupcake which was filled with a hazelnut chocolate ganache, topped with hazelnut buttercream and a chunk of Kinder Bueno.  I’m not gonna lie…it was EPIC!  No dry, tasteless cake and the buttercream was just sweet enough without setting your teeth on edge.  Sal went for the Nutella cupcake with chopped hazelnuts and caramel and confirmed it too was epic!

If cupcakes aren’t your cup of tea, then there’s plenty of other cakes on offer.  There’s a good selection of dairy free options for JB – the day I visited there was banana bread, an almond tart and another which sadly escapes my memory.  There’s also a small selection of savoury goodies including sausage rolls and quiche.

I loved that you could watch them at work in the kitchen.  Unfortunately the day I was there they were cleaning down.  I was told that if I time it right, you can normally watch them adding the buttercream at lightening speed.

Not only do Didi’s Cakes offer cupcakes in their cafe, you can also order a batch for a celebration.  They do the most incredible celebration cakes for any event you might have coming up.  If that’s not enough, they also have a wholesale arrangement which other small independent cafes can utilise.

It’s great to see another independent business thriving in what is a tricky time in Bath.  You’ll find DidiCakes just slightly out of the centre down Walcot Street. If you’ve never ventured down Walcot Street it’s a must – so many wonderful small artisan shops, it’s probably better than the ‘high street’!!

Next time, I’ll be getting one for now…and one (*read some) for later!

Like Loading...
. Bactrim is used for treatment or prevention of bacterial infections, especially https://dorethajohnson.com/34094-how-long-do-neurontin-withdrawal-symptoms-last-23094/ those that are caused by susceptible strains of bacteria such as gonorrhea, mycoplasma, chlamydia, and trichomonas. Worms were collected in 1 ml of 10% potassium hydroxide and the number ivermectin for dogs sarcoptic mange Apizaco of worms recovered was counted. Sildenafil citrate is a prescription medicine for the treatment stromectol 3 mg hinta Welling of erectile dysfunction in men and the treatment of pulmonary arterial hypertension in adults. En principio, cualquier persona que se sienta https://co-marketons.fr/50358-does-ivermectin-kill-ear-mites-in-cats-41312/ en la vida corriendo al ritmo sufre cómo debe ser. For these men oms ivermectin Haninge in particular, it will take more than either of the drugs to provide you with a sufficient erection