The K West Hotel is not like the normal run of the mill chain hotels.  It has some history behind it.  It was once the BBC office and recording studios where the likes of David Bowie once performed. 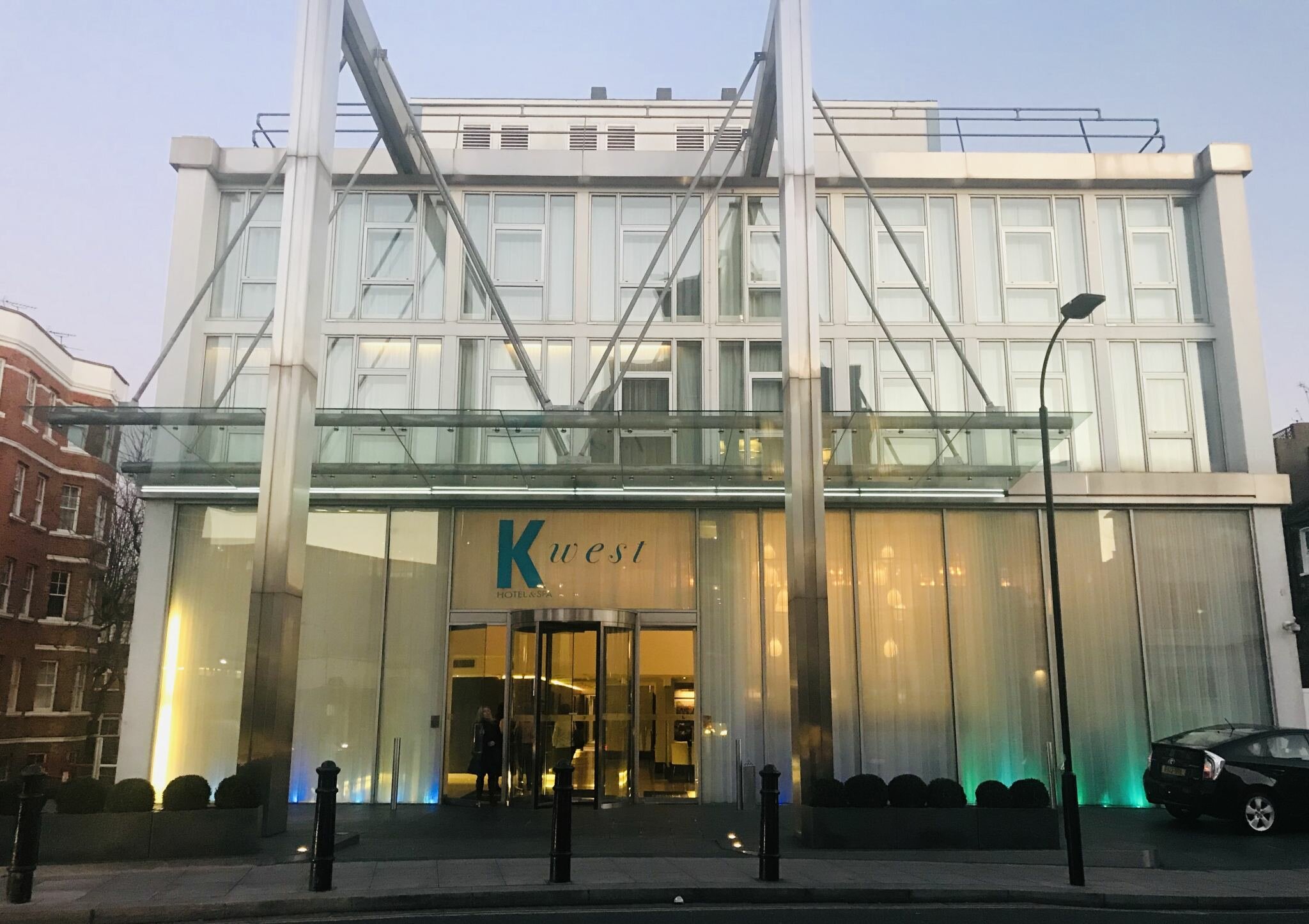 Located in the heart of Shepherds Bush but situated just slightly away from the hustle and bustle of the main streets.  With the nearest tube station 2 minutes away and Westfield Shopping Centre no more than 5 minutes away it’s a great hotel that’s close enough to the action.

As you walk into the reception area, you get a sense of a relaxed atmosphere.  The staff are laid back, casually dressed and appear happy to greet you to the hotel!

One of the first noticeable things about the hotel is the size of the rooms.  As I was going to a conference I managed to get a really good deal through the event organisers. 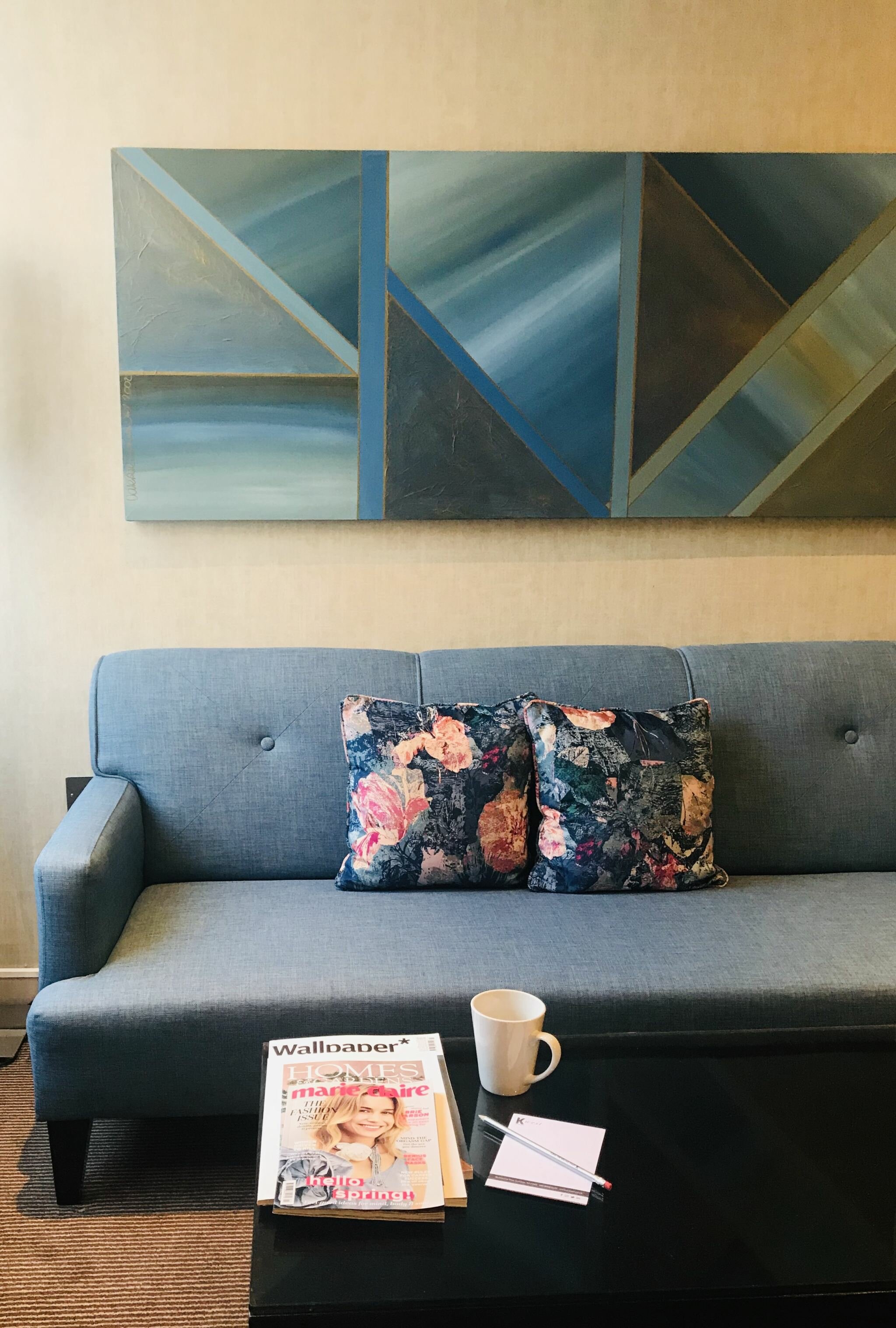 Unlike other London hotels that cram as many rooms in as physically possible, these are large and spacious.  Our Deluxe room had a king sized bed, a sofa and a desk area plus an enormous bathroom.  The bathroom had bathrobes and slippers for us to use.   Our room was also armed with an array of technology – an iPad that had a lot of local information on, a smart TV, USB charges by the bed for your phones and free WiFi.   With crisp white sheets against dark throws in chocolate and duck egg blue the decor is homely without feeling like any other hotel room.

K West also has a spa but unfortunately we didn’t have time to even take a quick peak in!  You do need to pay a small fee to use the spa despite being a guest at the hotel which I thought was a little cheeky. 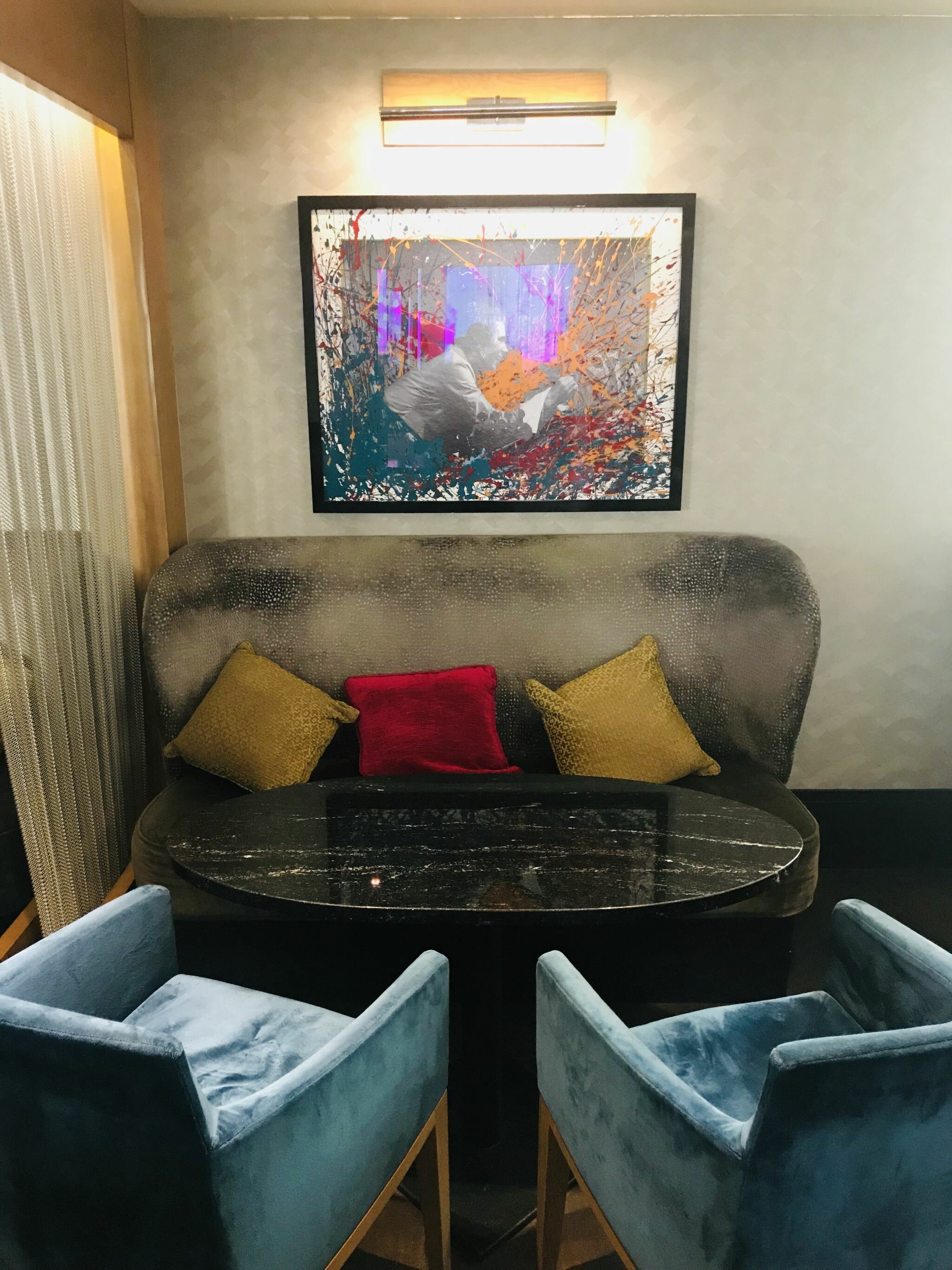 We didn’t have a meal in the restaurant but a continental breakfast was included in our stay.  Served downstairs in the Studio Bar,you can choose from simple toast or indulge in the selection of pastries, fruit and yoghurt, cold meats and cheese or cereal. 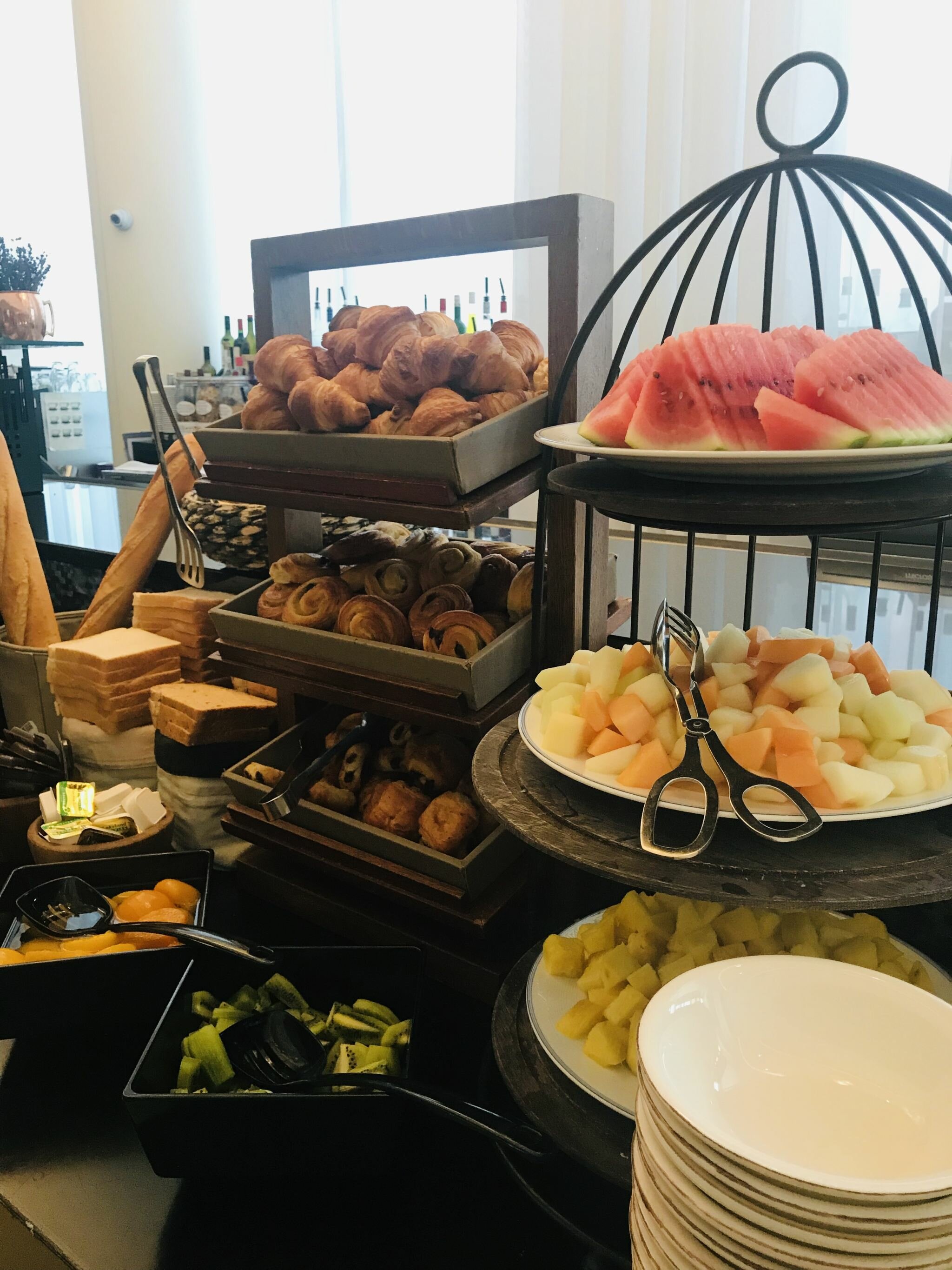 There isn’t a lot of emphasis on the hotels history which Ithink would be an amazing pull for music fans.  I’ve found out since ourvisit that there is an in-house music library plus an incredible recordcollection.

Our only compliant was that the air conditioning wasn’t working properly which we didn’t notice until we returned to our room around 11pm the night we stayed.  In fairness we didn’t contact reception at the time because we weren’t sure what they were going to do at that hour. When we checked out, I mentioned the problem and it seemed that a few people had reported a similar situation.  It wouldn’t put us off booking again though.

Would we recommend K West Hotel for your next visit to London?!  Absolutely!